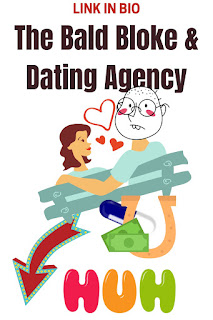 Nothing is what it seems.

Do you believe that people who make lots of money have laser focus, finding their niche and can, almost, see into the future?

It's all based on intelligence and being the wisest owl in a barn of owls.

What do you think?

This is the assumption most people hold. The layman, you and me. We fall into the illusory hole that this is the way most people make lots of money while others fail miserably. It's like a Victorian thought that people who begged on the street were there simply because they were stupid rather than the fact they had few if any life chances. The Lord of the Manor wasn't, fundamentally, any different to the homosapien who was similarly made of blood, sweat and tears.

This assumption is very often wrong.

Often these individuals or companies aren't particularly gifted to the point they were correct about much at all.

In fact, their original business idea evolved into something different and may even have taken a very illogical path to great fortune.

This could well be the case for your gambling insight too. Because that original idea may well evolve to something you didn't even consider.

I've heard this story many times before.

For example, Viagra was originally developed as a cure for baldness. It was only when subjects were asked for their feedback that a good few men and their partners had a glint in their eye, if not a big smile on their faces.

''By the way, I did notice something unusual.''

It's a similar story with YouTube. It was always going to be a platform for uploading videos but in those early days the creators were looking to make the platform more popular and it was something akin to a dating platform. In fact, adverts were placed on Craig's List for young, nubile women to make videos of themselves to be uploaded on YouTube for the fee of $100. It was only later that they realised this was a bad idea and the uploading of videos took off under its own steam.

Within a year, YouTube's founders sold the company to one of Google's subsidiaries for $1.65 billion.

The story is very similar to Pixar who make all these amazing computer-generated films. For years the company made no money at all and Steve Jobs had to put his hand in his pocket based on the hope and dream of those who hoped technology would catch up with what simply couldn't happen at the time. From a part of the company that looked to have little hope of progressing anywhere it become the dominant money maker.

The tale of this story is to appreciate that the best ideas aren't born from that initial inception. They often evolved over time taking direction from pure luck and serendipity.

If you want to learn more about this phenomenon, then you may wish to read Peter Sim's book Little Bets.

What better subject matter for gambler with a dream.