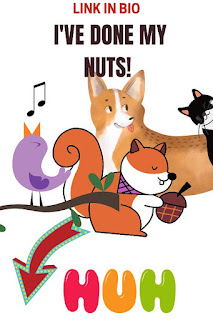 No, not me personally, but I'm sure plenty of punters have uttered those words.

I remember years ago, in the owners & trainers marque at Great Yarmouth racecourse, sitting down having a beer, a couple of northern lads took a seat and one looked very quiet, unsettled, if not a touch moody.

One bloke lost his shirt, another done his nuts. I wonder what other parts of the anatomy have been referred to gambling losses?

I've made a few balls ups over the years.

I think I heard someone say they'd had their pants pulled down but I'm not really sure where that happened or if it had anything to do with horse racing.

Without question, gambling can be hard work, in the sense of time and effort needed to beat the layers, and the misery if you lose a bundle of cash.

In our garden, we have a number of bird seed feeders, full with sunflower hearts. They attract a wide range of birds including goldfinches, green finches, even a siskin and brambling. Along side, a couple of squirrels. I used to try to stop them eating the food but felt sorry for them over the winter so let them tuck in.

Our only deterant is Pip, an elderly Jack Russel with an iffy back leg, but the spirit of a rat-killing machine, who has been very successful in chasing the squirrels away. Also, the new addition, a black and white cat called Tottie, who initially got in a fight with a baby squirrel but since been terrified of them.

Pip was akin to our Exocet missile, which we'd deploy whenever a squirrel was seen to be eating too much food. We'd open the door, she would hurtle out as fast as three and a half legs can take her (pretty fast) and the rodent would jump from the seed feeder onto the fence and disappear up a silver birch tree.

However, the baby squirrel, whose clearly a little bit braver than its mother, decided it wasn't going anywhere, perhaps buoyed by its victory over Tottie in the red corner, glued to the seed feeder, two feet above the head of a barking Pip, it simply kept on eating braving it out, knowing that unless it loses its grip and falls Earthward life is good.

Our furry Exocet missile made redundant by a Nelson-like resolve.

Outwitted by a squirrel.

Is this a reflection of the gambling mindset?

That sometimes you have to be a brave gambler to beat your opposition by simply being more battling in your discipline.

Should you bet to win rather than bet not to lose?

Would you benefit from being a braver gambler or would it leave you prone to having your pants pulled down?