By Hook Or By Crook 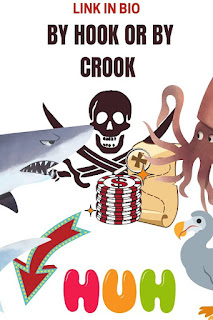 Frequenting casinos you meet a mix of people. A melting pot of the good, bad and ugly of life; from billionaires to the tramp on and off the street.

I guess that's why I love a gamble.

The thought of seeing someone win a fortune, or arrive with a bundle of cash and walk out with a dollar in their pocket (and that's when they live in the UK).

My good friend has never been as popular since he lost his lower arm in a threshing machine. This chap from the Fens opted for a traditional hook instead of a fancy robotic limb. A brass adaption, polished to a mirror finish. A beast of an arm with a touch of bling. The kind of thing that would mesmerise an assailant before bringing them down.

To add to the spectacle, he had a number of adaptions specific for the casino. The hook made to hold a pint and rake for the roulette.

He'd never been so popular.

How many times do you see a man with a hook at the roulette table?

Dressed in a bespoke suit which cost a few grand. For added panache and verdant chatter he'd wear a patch over one eye to resemble a pirate. Nubile women would be told stories of being lost at sea, finding a treasure map where x marked the spot and outlandish tales that his arm had been bitten off by a great white shark, pulled off by a giant squid or butchered by a rabid dodo with a beak as sharp as a cut-throat razor.

Whatever the situation that hook literally opened doors.

The Captain, as he was fondly named, rubbed shoulders with royalty. Dined with the great and the good. Was given free money to bet at the casino just to bring in the gambling whales and a bevvy of beauties who'd hang on his good arm.

Once, Doris Day took delight in rubbing his stiff hook.

If you ever have the misfortune of losing an arm, then don't forget the story of gambler Captain Hook.

The times I would see him walking home from a night at the Grosvenor Casino Great Yarmouth.

Many a tourist thinking they'd witnessed a vision of Lord Nelson.

Sometimes the traditional hook is better than an arm. A rake more effective at sweeping chips into a large pocket.