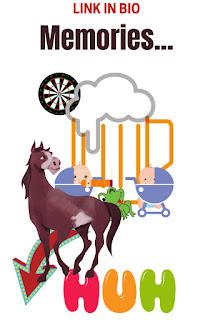 I've not been to many different casinos.

Readers of this blog will know I have a penchant for the Grosvenor Casino at Great Yarmouth. Nelson country for any seadogs out there.

In ways, Lord Nelson didn't have too much luck with one eye and one arm out of action. I can't say I know too much about the great Naval hero which is ridiculous in ways. I know his wife was called Lady Hamilton and he was embroiled in a dispute and the Battle of Trafalgar.

I feel compelled to visit Wikipedia to find out more, but that would be cheating.
I used to go to a local pub in March, Cambridgeshire, called the Lord Nelson. It was run by a number of landlords and landladies, include Bet and Bernard.

In fact, my mum and dad used to frequent the place when in their 20s, playing darts for the team, as I did for a few years in my teens. Sadly, it closed down a few years back. Another traditional pub to fall by the way in the name of change. It's sad in ways, as it had so many memories. The day will come when no one remembers the place existed, the regulars, and the stories they told. I will be around to tell a few of many a good time had by all. It was one of dad's favourite haunts, even in his latter years. I'm sure he used to go there, in ways, to remember the good times if not re-capture his youth.

Time passes by so quickly, hey. What we all took for granted blown away like dust in the wind.

It would be so wonderful to go back in time for one day. To know what I do now and sit with dad, Jack Allen, Mick Kean and so many others over a drink and chat until time to go home. The only problem is that I wouldn't want to say goodbye, again.

I truly think the human mind protects us from the harsh truths of loss. At times, you get a fleeting moment of reality which is an ultimate sadness but it makes you remember, too, how precious all those special people are.

I wish I could go back in time to say those three little words and hug each and every loved one but knowing it isn't my time not quite yet.

However difficult, I would look into their eyes, smile, say goodbye, so they didn't worry, and say: ''I will see you soon.''

Thank you for everything and more.