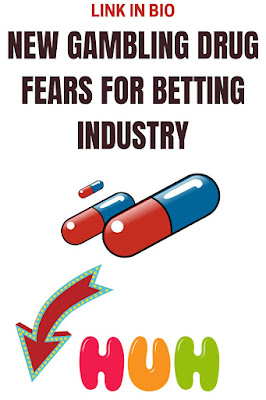 Just imagine taking a pill which improved your chances of gambling success.

Many readers who love sci-fi movies and will be familiar with The Matrix, directed and written by The Wachowskis.

For Neo, the red pill reveals the truth - the blue pill reforms him to his former life. A dystopian future in which humanity is unknowingly trapped inside a simulated reality which intelligent machines have created to distract humans while using their bodies as an energy source.

This is like me at the Grosvenor casino but instead of stealing my energy I lose money while watching the slots.

The Matrix grossed over $460 million worldwide.

Who doesn't like a bit of cyberpunk science fiction?

I've hear news of this new gambling drug which improves your chance of winning.

How it works, I have no idea. However, this is a reality. Perhaps its just a placebo effect (The placebo effect is when an improvement of symptoms is observed despite using an nonactive treatment. It's believed to occur due to psychological factors like expectation or classical conditioning.)

Research has found that the placebo effect can ease things like pain, fatigue, or depression.

A sample of these drugs have been stolen from a research laboratory and in the hands of an underground group called Anita Cons White.

With this drug, it's been recorded that individuals win at the casino.

The betting industry fears this wonder drug may actually be a reality and paying close attention to big bettors who win at casinos across the UK.

Mumbo jumbo or reality, who can tell?

If you see someone winner big at the casino then take a closer look and consider whether they are one of the lucky few to have that winning edge.