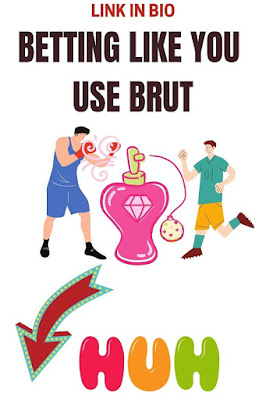 What does the late Henry Cooper and Vinnie Jones have in common?

Both hard men, the former definitely, the latter, probably more in words and attitude than throwing knockout punches. A duo of successful sportsmen who have made their mark and well-known names.

Sir Henry Cooper renowned for knocking down Muhammed Ali in 1963, when many considered he was the rightful winner of the bout if not for a bit of jiggery pokery from the American's corner.

I'll let you make your own mind up on that point.

If he hadn't suffered from cuts, the Lambeth man may well have been the World Heavyweight title holder. However, he was still undefeated for 12 years as a British and Commonwealth champion.

In his 55 fights, he achieved 40 wins, 27 by knockout and all-round good bloke who did a lot for charity.

His last fight saw a points loss (after a brawling 15-round contest) to Joe Bugner, who wasn't ever particularly liked or rated by the UK crowds.

Vinnie Jones was a noted footballer from 1984 - 1999 playing for a number of clubs (Wimbledon, Leeds United, Sheffield United...) and played for Wales.

Multi-talented, he is now an actor and presenter in blockbuster films such as Snatch, Lock, Stock and Two Smoking Barrels and many other starring roles.

Although generations apart - they are both the face of Brut.

Launched by  Faberge in 1964, it was very popular in the 1970s. I must admit, I do like a dash of Brut, with its fresh, distinctive smell.

It's still battling against the big names in the world of odor cologne. (Don't forget that the contents of any aftershave cost less than the manufacture of the bottle!)

I have been to a good few casinos and after a hefty session, where losing money only comes second to heavy-sweating and the consumption of copious amount of alcohol, I was struck by the waft of a man-who-wears Brut.

It was a welcome relief.

My thoughts of a gambler who wears Brut are of a man in his fifties, a wad of cash in his pocket and a nostalgia for the good old days where men were men and women were women and political correctness hadn't been given birth.

Here's my image of the Brut gambler.

A man who isn't swayed by fashion and never bets online loving the race track or brick-and-mortar casino in favour of some mysterious app on a phone.

If you're looking to transform your man, whether birthday, Christmas or bar mitzvar then buy your budding gambler a bottle of Brut.

Who knows, he may turn into a gambling hero of the likes we have never seen before.

If all else fails, at least he will smell nice.

Read our last brilliant post: Betting on your Faith